Celebrating With Cakes: How it All Began

Everywhere in the world, no celebration is complete without a cake at the centre. There are hundreds, even thousands of cake varieties around the globe: fudgy chocolate, Oreo cheesecakes, mocha, ice cream, marble, and white, among others, each a real delight in its sugary way. You can bake your own and show them off to your friends, or you can even design your cake online and have the experts turn your vision into reality.

You have your favourite flavour: your go-to every time you reach a particular milestone in your life. But, in between those delicious bites, have you ever wondered and asked, “Where did this all start?” “Why do people eat a cake to celebrate special moments in their lives,such as their birthdays?”

Historians say it’s all because you are as loved as the gods of ancient times.

Modern celebrations that involve cakes have resulted from an exciting mix of various traditions and cultures around the world. In the west, a birthday cake is exactly what the name suggests – a piece of pastry or dessert served during a person’s day of birth. Birthday cakes are usually designed with colourful frostings that reflect the celebrant’s personality plus their name in the middle. But, of course, t wasn’t always like that.

According to history, the first record of a birthday celebration was from Ancient Egypt. When there’s a newly crowned pharaoh, they were revered for being a god. More than their actual birthday, it’s the pharaoh’s coronation date that is deemed more valuable. Even in the Bible, an apparent reference was made to this Egyptian coronation day. In the book of Genesis, it was mentioned that the pharaoh threw a celebratory feast for all of his officials on this special day, which would have occurred sometime around 3000 BCE. This is believed by many to be the first commemoration of someone’s birth, which was celebrated by the most powerful as it marks the monumental transition from human into a deity.

Rome: Where it Became Popular

In many ancient civilisations, celebrating the birthdays of prominent religious and public figures was highly observed. But, for everyone else, it started to became the norm in Rome. Other than public figures and those in power, commoners also started to celebrate the birthdays of the most influential people in their lives, such as friends and family. Those who had the means would celebrate by serving excellent food on their tables, which usually include honey and olive oil.

Why Cakes are Round 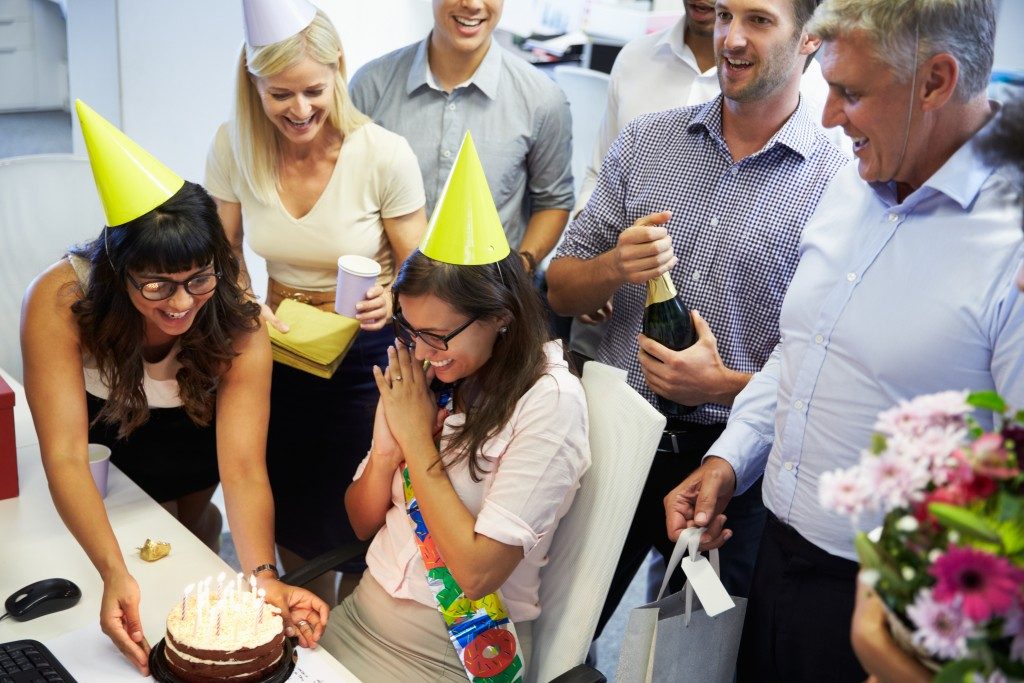 It’s believed that the reason why most cakes are round is that it symbolises life’s cyclical nature. Some would bake cakes in shape to pay tribute to the shape of the sun or the moon. In some cases, it’s also a symbol of the changing seasons and the start of a new year. But as the technology improved, bakers can now create these treats in whatever shapes and sizes they want.

What started as a simple pastry is now a tradition that everyone can enjoy, what with all its complex flavours and varieties. So, the next time you slice that birthday cake surrounded by all your loved ones, think back on the long history of this fun-filled custom.

Brooke has been a connoisseur of back roads and obscure places since she was a girl. Growing up in a small working farm, she knew at a young age that there was so much to see and understand about the world. Since she left home at 17, she’s been gallivanting around the world. She’s a go-to resource for fearless Euro travel and extreme budget adventures. Her colorful experiences moving from one country to another with only time to spare will surely inspire you to leave the rat race and chase your backpacking dreams.
Previous Post
Glamping is for Laid-Back Adventurers
Next Post
Considering a Long-Term Stay in a Hostel? Here’s What You Need to Know