Level Up: How to Pull Off an Amazing Geek Celebration

Throwing a party is one way of celebrating an important event in your life, seeing your relatives and close friends once again, or just unwinding after a long week. As a certified proud nerd or geek, the opportunity rarely comes by for you to organize your own party. It is absolutely natural that you go all the way in your preparations. Sure, you and your friends can just band together and rent out Disneyland for the day, but who has that kind of money?!

So instead of expensive splurges or run-of-the-mill parties, here are some party ideas that you can definitely use for your next geeky or nerdy get-together.

FIRST THING’S FIRST: WHAT MAKES A TRUE GEEK OR NERD?

The words “geek” and “nerd” have been thrown around a lot in pop culture that it’s hard to define what these are anymore. No longer are they limited to the eye-glass-wearing misfits from Revenge of the Nerds, and it’s a really vague definition of what a geek or nerd really is.

Today, a geek is a person who loves eccentric or non-mainstream topics. This no longer means a person who is overly intellectual, physically unattractive, socially awkward, or boring, but a person who is enthusiastic about their hobbies even if it doesn’t fall into the stereotypical nerd setting.

And the good thing about it is that all these forms of nerds are valid. If you have a specific theme in mind, don’t be worried about having to stick to what is seen as nerdy or what is not. If you love a specific topic, then you don’t have to prove yourself to be an expert of the topic, only that you really love talking about it. So, when following these ideas, don’t be forced to limit yourself to a certain topic.


With the sudden popularity boom of theatre productions everywhere and the mainstream media’s attention focusing on them, stage plays and musicals have been thriving everywhere. You can choose to buy tickets for your whole troupe or set up your own musical-themed party celebration.

First, you need to find the appropriate venue. Your best bet is high-end restaurants that are both spacious and equipped with the necessary light and sound systems. However, you can always rent them, along with the technician to set them up for you. If you have the budget for it, you can even rent out an entire cinema or your local theater to set the mood. You will need to coordinate with your chosen venue’s management first.

If all these are out of your budget or capabilities, you can opt to do a theatre-themed house party. Set a platform in one area and turn it into a stage. Provide different areas in your home that adhere to some of your favorite musicals. If you can, invite your guests to attend in costumes of their favorite musicals.

Alternatively, you can even host an interactive theater experience for your party. This means writing a play that will involve audience interaction to keep the story rolling. This takes a lot more effort BUT it does encourage people to get out of their shell and actually take part in the party. You never know, if it’s a hit, your guests/audience might even ask for an encore! 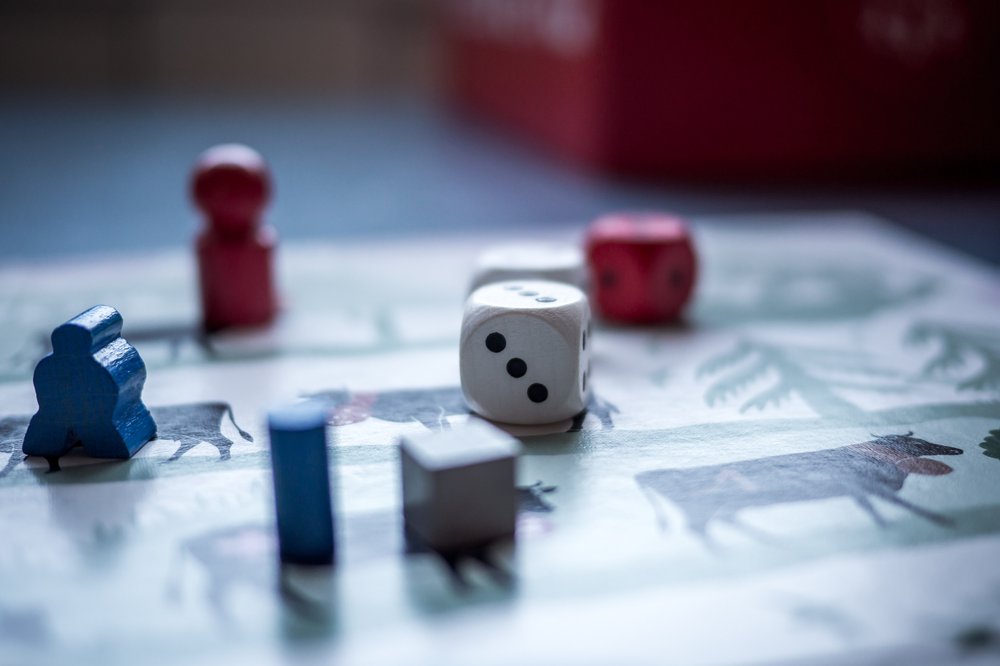 For geeks and nerds, there’s almost no other better party idea of relieving stress than to just settle down with a video game and delve once more in the realm of fantasy. Hook up those video game consoles or bring those game boards and sheets and go full nerd as you and your friends go on another gaming night but with a twist.

This time, though, hire a DJ to keep the music full blast. Better yet, hire a caterer to keep the food and drinks flowing. Make it a point to reserve the venue ahead of time and be sure to pick a place that is willing to put up with your noise and possible rowdiness. Find a small or medium-sized open space. If you’re doing tabletop games, rent enough chairs and tables big enough for everyone. There is also the possibility of people not showing up for the event or cancelling due to circumstances beyond their control. Hence, do timely updates just in case other individuals would want to fill in.

Incorporate your interests into your celebration by decorating your venue, following your beloved hobbies or interests. Ask your participants to come in costume for your own personal cosplay event, which you can turn into a mini-convention. For a more civil celebration, you can meet up with your friends to discuss similar interests such as literature, vehicles, and sports—but still in costume. You can even order a cake that’s in line with your theme, just for kicks.

Intimate function rooms will work well for this kind of setup as long as you decorate it according to your chosen theme. If you go for a gaming night, you will also need to book a place in advance since there are a lot of people out there looking to use party areas.

A relatively new and fun way to break the ice, PowerPoint parties are all the rage for many young professionals and college students. The premise is simple: show up to a party with a PowerPoint presentation about a topic you are passionate about and discuss it for 3 to 5 minutes, with the goal of showing people what you’re interested, why you’re interested in it, and why you think it’s important other people take part in it as well.

It’s a fun way of introducing yourself and your passions in a safe environment, and it’s a great way to get to know other people too. Some people up the ante by turning it into a game: prepare 3 or 4 presentations and take shots of alcohol in between your presentations. It’s a hilarious way to loosen you up and get you into drunken rants about what you love and really shows off your true geekiness!

Roleplaying games like Dungeons and Dragons are one of the pinnacles of geekdom, but the amount of rules and lore that people need to brush up on can be daunting. Luckily, there are tons of roleplaying game developers out there who merge the fun of DnD’s roleplaying aspect but economizing the need for lengthy character creations and world-building.

Open-source game rules are available online for anyone who wants to experience IRL roleplaying games without doing a deep dive into it. And the best part? There’s a roleplaying game for literally any theme imaginable: maybe you want to do a murder-mystery game set in steampunk world, or maybe you just want to roleplay as Rick and Morty trying to find a pickle jar. The possibilities are endless!

What better way to show off your superior geek knowledge and crown yourself as the true Nerd king than by having a trivia night and beating everyone in fair competition! Organize your friends into teams and designate a game master who will come up with questions about different topics across a wide variety of interests. Get as creative as possible with your questions and ask anything from vague historical facts to niche videogame knowledge.

You can even make this an ongoing thing: don’t stop at just one trivia night, turn it into a tourney with prizes and everything for the grand winner! Or, just keep it casual and play for bragging rights! If you’re good enough, you can even join local trivia tournaments hosted in bars and start winning some money and drinks for you and your friends. 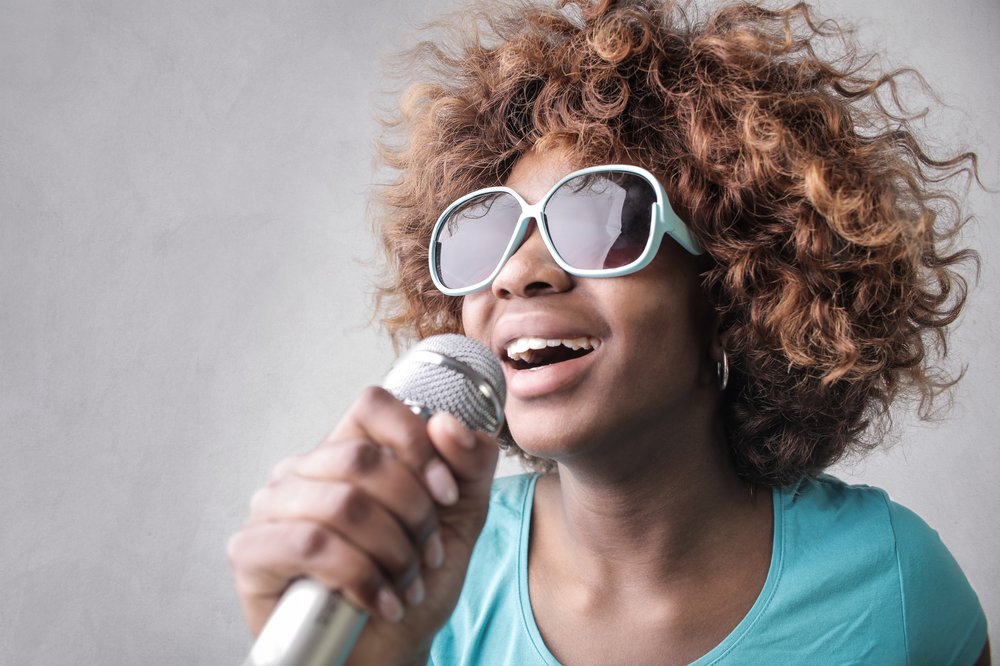 Karaoke is one of those activities that you think are lame until you’re actually doing it, and then it just becomes one of the most fun things you can do with friends while drinking. Unleash your inner rock star and take the stage with your friends for some tunes, and you never know: one of you might just have the pipes to make it big on Broadway (at least, that’s what you’ll think in your drunken fun haze).

But what if you’re all introverts, as is wont in many geek and nerd friend groups? Don’t worry about it: there are tons of karaoke videos online that you can play in the safety and comfort of your house party.

Hook up your TV to play these videos and sing your heart out with your fellow introverts! The more drunk you are, the funnier the song is, and the more fun you’ll be having, so let loose and show off your singing skills!

Sticking to the norms can get pretty dull quickly, especially if you’re catering to nerds and geeks. Let both your creative juices and passion flow to create a party that you and your friends will never forget. Don’t hesitate to think outsid the box because YOLO—you only live once.