All Things Sushi: Everything You Need to Know About Nigiri Sushi

Sushi is one of the most popular Japanese dishes in the world. It’s easy enough to eat in a single bite, fairly healthy than Western dishes and it’s exotic, and people have plenty of options when dining at sushi restaurants. From the non traditional sushi rolls and Poke-style sushi bowl to the traditional hand pressed sushi, this Japanese dish of sometimes raw fish has become the go-to food for many people.

But sushi comes in many forms, one of them being nigiri.

Although Japan is attributed to be the country that created sushi, historical evidence doesn’t show that sushi was a dish there until the year 718. Prior to this, the earliest form of sushi is what is known today as “narezushi,” a form of fermented and salted fish, found along the Mekong River along Southeast Asia.

Back then, salted fish was fermented with rice. This spread to China by the 2nd century, which may have eventually made its way to Japan, as its people preferred to eat semi-fermented rice.

From there, sushi’s ingredients and preparations have varied between periods into the different types of sushi we know today. While there are many forms of sushi, a dish only counts as sushi if it has vinegared rice and raw fish. 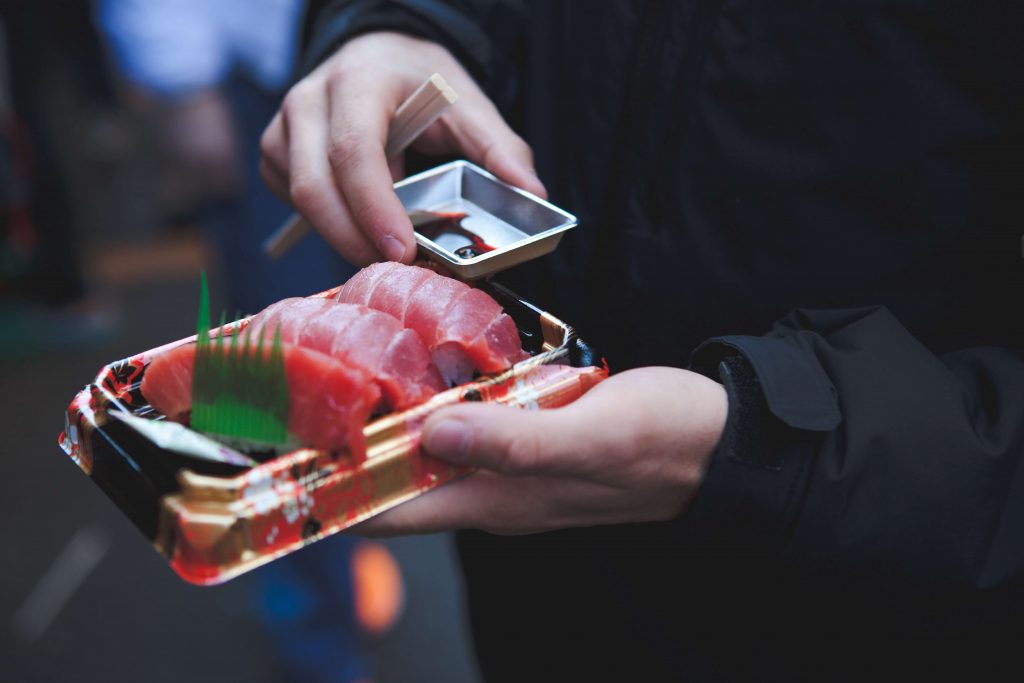 What is Nigiri Sushi?

After narezushi made its way to Japan, the sushi we know today continued to develop. During the Edo period, both the haya-zushi and the nigirizushi were developed. The former was assembled in such a way that unfermented rice mixed with vinegar would be assembled with fish, vegetables, and other dried food from the area could be consumed at the same time. This developed into the Japanese sushi we know today.

Nigirizushi, on the other hand, developed into the nigiri sushi we know today. This was an oblong mound of rice no bigger than the width of two fingers pressed together with a slice of fish on top of it. This was popular from the 1820s to 1830s, and it is believed that this style came from chef Hanaya Yoheiin his shop inRyōgoku. He perfected the art of nigiri sushi by 1824 and, by 1923 after the Great Kanto earthquake, chefs from Edo migrated around the world, spreading the art of nigiri sushi.

You can spot a plate of nigiri from the way it looks compared to other sushi. Unlike sushi that is rolled up, nigiri sushi is a mound of rice with a piece of fish or seafood placed on top of it. Nigiri may differ depending on the seafood used to make it, but the style stands out among other types of sushi.

Nigiri vs. Sashimi vs. Sushi vs. Maki

To understand the differences between the most common types of sushi, here’s a comparison between sashimi, sushi, maki and nigiri and how to spot which is which the next time you’re out buying sushi. 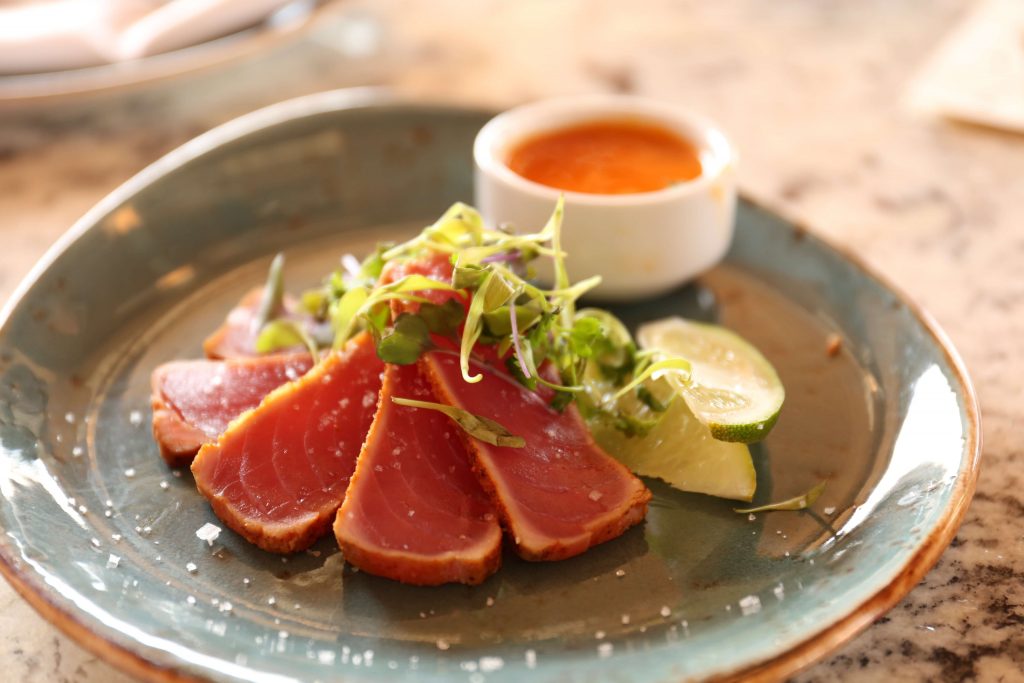 Because sushi includes both rice and raw fish, sashimi is technically not sushi. Many restaurants – especially in western countries – may place sashimi under their sushi menu, but this is not culturally correct; in Japan, the definition of sashimi and sushi are two different things.

Sashimi is simply sliced fresh raw fish or meat served without any other ingredients. It seems pretty simple and sounds like the equivalent of serving cold cuts. Although most people recognize sashimi as just slices of salmon, tuna or other fish, it’s unlike nigiri in that it may also be a serving of beef, deer or horse.

The best sashimi is served by the best sushi chefs who have also trained to understand quality fish or meat cuts. Sushi chefs carefully select the best fish ((in Japan, there’s a huge market dedicated to chefs looking for bluefin tuna, sea bream or any other fish to turn into sashimi) as they know it will affect the flavor and experience their customers will experience.

A plate of sashimi may be served with garnishes, like shredded daikon radish, shiso leaves and soy sauce, but it can also be eaten safely raw and on its own. 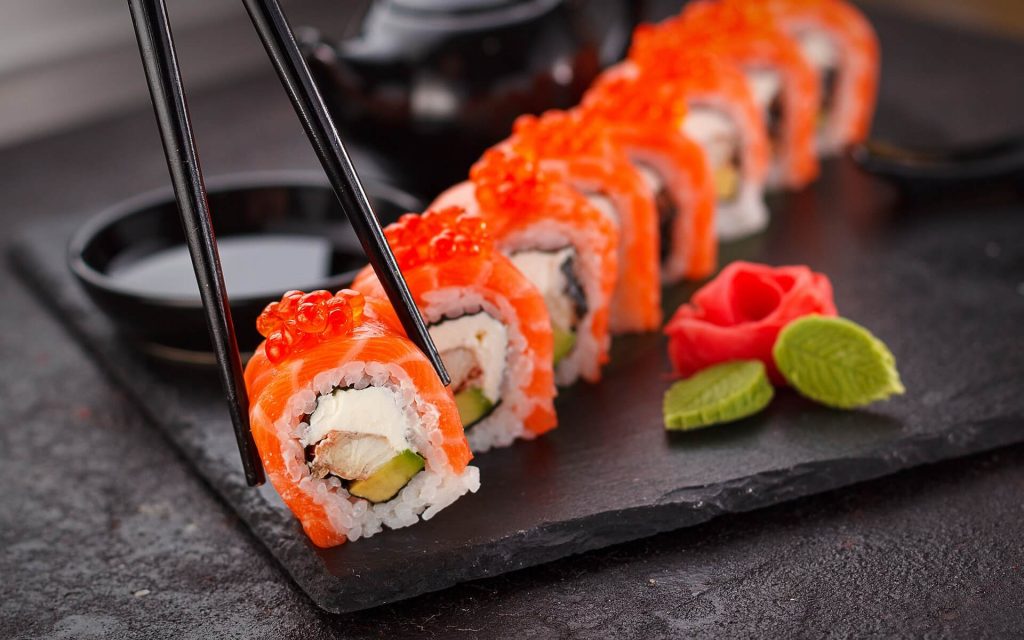 Originally, sushi was meant for preserving fish so that it could be stored for up to six months, but today, sushi must be eaten as soon as it is made or else the flavor won’t be what the chef intended you to taste. 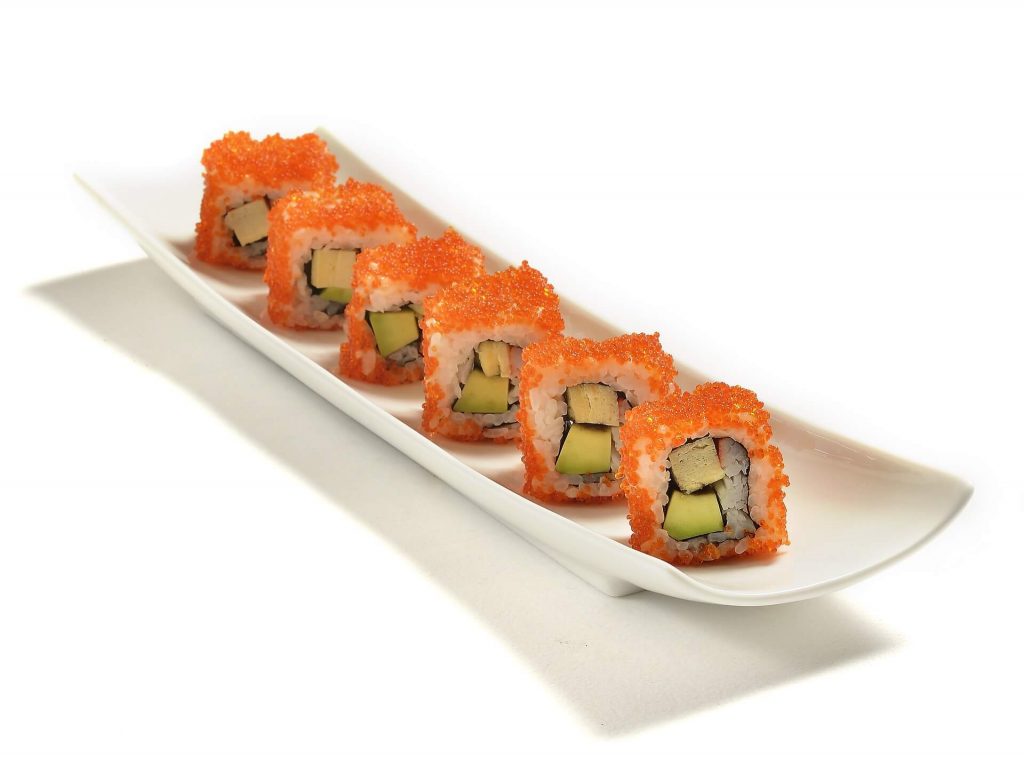 Maki falls under the sushi umbrella and is a different type of style. It also has fish, vegetables, and rice, but it is layered and rolled in a sheet of seaweed.

Maki sushi is the most popular type of sushi as it is the traditional sushi roll. However, there are plenty of variations to the style. California rolls, for example, are the reverse of this style as the rice is outside of the seaweed wrap. Temaki is shaped more like a cone than a roll. Hosomaki also follows the style of the maki roll, but there is only one ingredient wrapped with rice and seaweed. 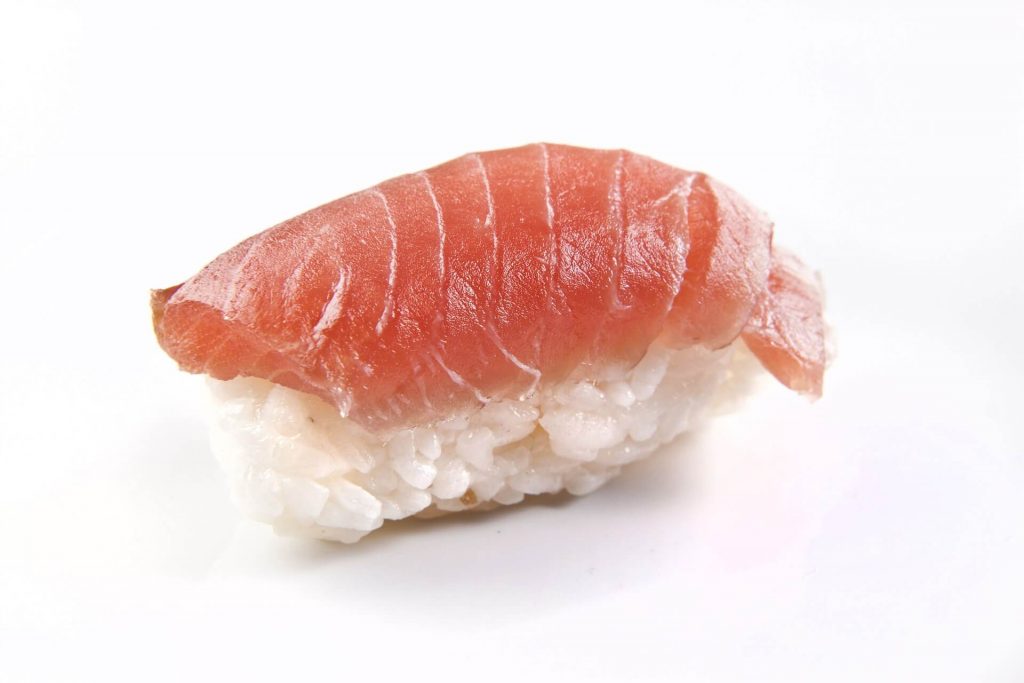 Nigiri is made with sticky Japanese rice mixed with rice vinegar. The rice is molded into a small oblong and left to set. Then, a thin slice of raw seafood is placed on top. If you’re slightly confused about nigiri vs sashimi, just think about the one thing that sets them apart: sashimi isn’t just seafood whereas nigiri is just seafood.

You can add a bit of wasabi under the seafood, and the whole sushi can be wrapped with a strip of seaweed. When dipping the nigiri in soy sauce, turn the nigiri upside-down and make sure the soy sauce does not touch the rice or it will break.

In a really good sushi restaurant, you can get a variety of nigiri toppings; the toppings also determine what sort of nigiri you’re going to enjoy. When traveling to Japan, enjoy the local and traditional dishes below.

The Different Types of Nigiri

The beauty of sushi is that not every bite has to feature raw salmon or tuna, or any other type of fresh fish. Sushi dishes like nigiri can be eaten with seared eel, cooked eggs or boiled shrimp (as in ebi nigiri). You’ll only be limited by your preference for seafood.

Knowing what separates sushi from sashimi as well as the differences between all the types of sushi won’t make much of a difference when you’re eating sushi. But it helps you better understand the ingredients used in each type because you’ll be able to order well. If you want a simple rice and fish combination, nigiri sushi is your best option. But if you’re looking for sushi with more seaweed or vegetables, try looking at the different types of sushi that focus more on these types.