Israel has a long and storied past that intersects with the world’s three biggest monotheistic religions which are Christianity, Islam and Judaism. This country is home to many sacred sites that are in the Bible, Koran and Torah. It is also a popular pilgrimage and tourist destination because of its attractions and history. One of the reasons people visit is to see the country’s most sacred sites.

If you are planning an LDS Israel vacation trip with a group, you need to plan an itinerary that interests everyone but still includes some of the holy attractions in the country.

If visiting biblical places is on your list, make sure to stop by the Church of the Holy Sepulcher. You’ll read about this destination in the gospels. It is home to the Tomb of Christ and the location of Christ’s crucifixion, Calvary. The design of the church is beautiful, and you’ll feel a sense of holiness the minute you walk into its premises. You can find priests waiting to hear your confession during your visit. The place is popular, hence crowded during peak hours.

You won’t just find synagogues and churches in Israel, but also mosques. One of the most sacred is the Al-Aqsa Mosque which ranks third behind the Medina and Mecca as a place of prayer for Muslims. The structure is atop Temple Mount or also known as Hara mesh-Sharif.

The Kotel HaMaaravi or more famously known as the Western Wall is the Second Jewish Temple’s last vestige. Herod the Great expanded the structure during his reign. Many Jews make their way to the wall to pray. The walk to it is sort of a pilgrimage; you’ll hear the prayers and even cries of the faithful. Even the most cynical may feel the religious sentiments and history of this destination.

Mount Zion is a sacred destination for both the Jews and Christians because you can find some holy sites here, some of which include the Room of the Last Supper and the Tomb of King David. Catholics include the Dormition Abbey in their itineraries because it is where the Virgin Mary went on an eternal slumber. The sites will elicit a sense of awe and religious fervor from visitors.

This sacred destination is the road that Christ took to Golgotha from where Pontius Pilate sentenced him. The byway is sacred to Christians. The Via Dolorosa translates into “way of sorrows” which describes the burden and difficulties Jesus experienced during his walk to Golgotha. Many devotees have walked the path for centuries. The Praetorium is the most well-known because it is where Christ carried the burden of the cross.

Dome of the Rock 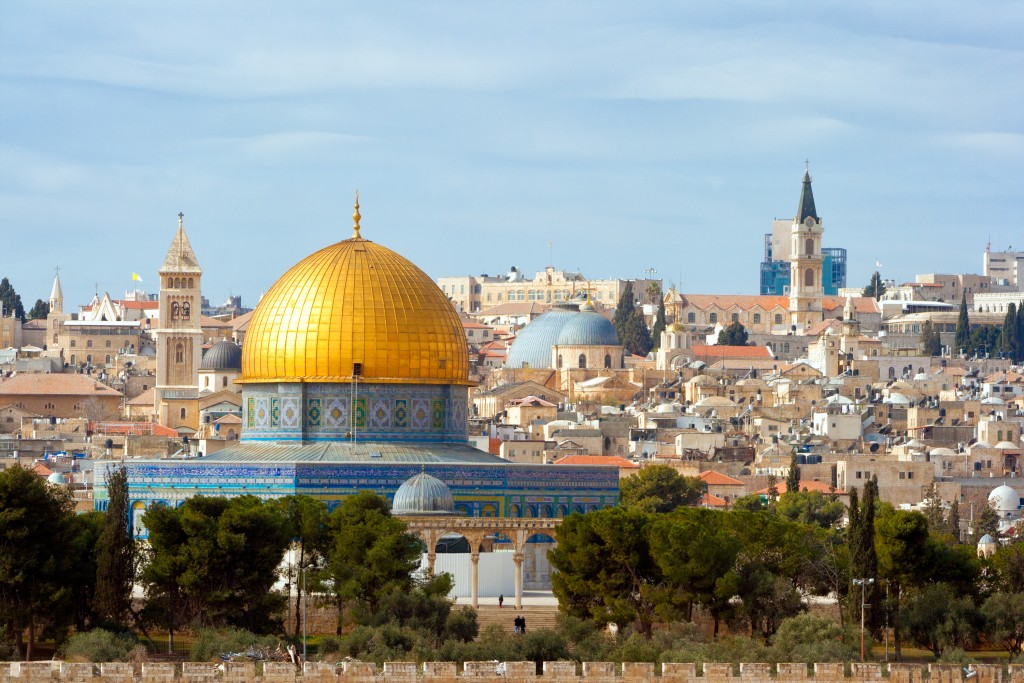 These are some of the holiest sites in Israel you can visit during your trip. These places are full of history and cultural importance regardless of your religion.

Buy new and popular Wagyu Strain online at the best prices and the highest quality!

Brooke has been a connoisseur of back roads and obscure places since she was a girl. Growing up in a small working farm, she knew at a young age that there was so much to see and understand about the world. Since she left home at 17, she’s been gallivanting around the world. She’s a go-to resource for fearless Euro travel and extreme budget adventures. Her colorful experiences moving from one country to another with only time to spare will surely inspire you to leave the rat race and chase your backpacking dreams.
Previous Post
3 Secrets to a Longer, Healthier Life
Next Post
4 Safe and Sunny Summertime Vacation Ideas