Seattle is famous for its coffee and architecture (the Space Needle!), But when it comes to music, it gave birth to a whole new sub-genre or, as most would call it, the “Seattle Sound” or grunge music. An anthem of Gen X, it helped launch iconic bands, such as Pearl Jam, Nirvana, Soundgarden, Alice In Chains, and many more. The influence of grunge music was both endearing and far-reaching, which transformed the lives of its fans in more ways than one.

So, a trip to the “Emerald City” won’t be complete without a few pit stops at some “shrines of grunge music.” If you’re a fan of the genre or simply a curious traveler with an interesting taste in music, here are some places worth checking out: 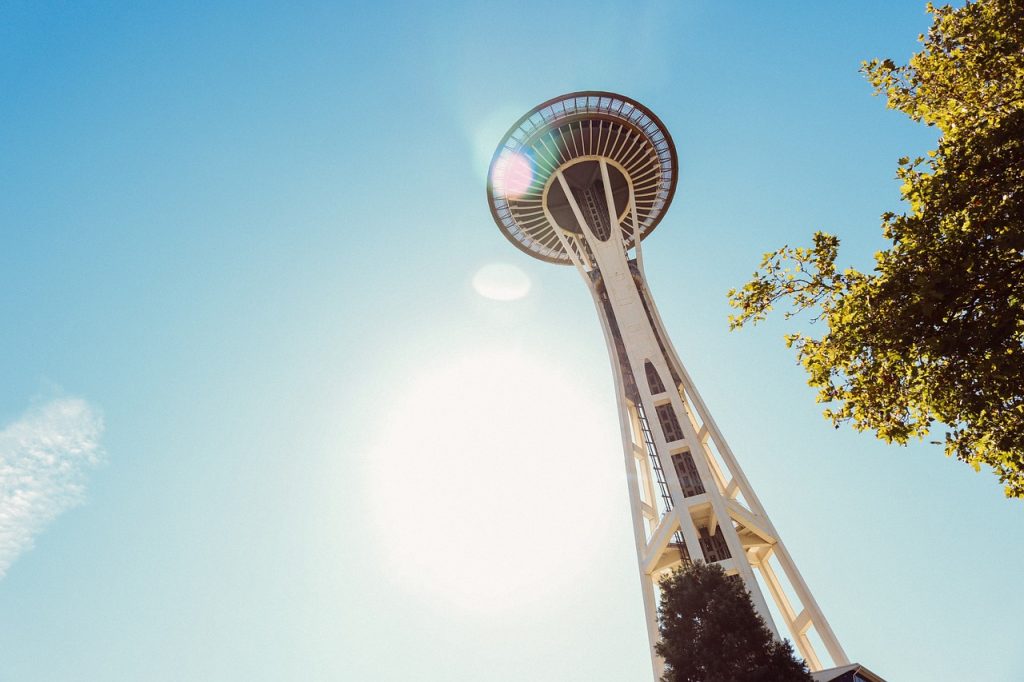 This structural oddity is the architectural pride of Seattle. Influenced by Germany’s Stuttgart Tower, Edward Carlson, a hotel magnate, commissioned Arch. John Graham to build a structure which would represent the future during the 1962 World’s Fair. Graham’s imagination flew and ended up creating an iconic structure.

Many hotels near Space Needle housed grunge fans during Sub Pop’s 25th-anniversary celebration. Mudhoney even kicked off the festivities with a live concert on the Space Needle’s observation deck. It was a fitting tribute to a genre, with one of its pillars commemorating the event.

Moe’s Mo’Roc’N Café was a sanctuary for upcoming bands who wanted to showcase their talents to a broader audience. When it opened its doors in 1994, its stage was the playground of bands such as No Doubt and Presidents of the United States or P.U.S.A.

Drew Barrymore and Chris O’ Donnell’s 1995 film, “Mad Love,” was also shot in Moe’s, and it featured Seattle’s “angry girl band” Seven Year Bitch. Moe’s was also the kick-off point of Neil Young’s “Mirror Ball Tour” with Pearl Jam as its front act in 1996. British alternative bands such as Portishead, Elastica, and Oasis, also graced the “hallowed stage” of Moe’s. In 2003, it was relaunched as Neumos or “New Moe’s” and continues to be the home for Seattle’s musicians.

“Bleach,” Nirvana’s breakout album, helped set the tone for mainstream grunge music. For almost a decade, the studio helped get the word out and inspired more Seattle-based bands to join the fray. After Reciprocal Recording closing its doors in 1991, Death Cab for Cutie’s Chris Walla took over its operations and called it Hall of Justice Recordings.

Built in 1914, the OK Hotel was a haven for sailors, lumberjacks, and dockworkers who need a place for a layover. Steve and Tia Freeborn turned the hotel into a haven for artists who needed a gallery for their pieces. The husband and wife team also created a dedicated space for musicians and their live music. In the annals of music history, the OK Hotel played host to the first live performance of Nirvana’s seminal song, “Smells Like Teen Spirit,” which became the anthem of the 1990s. Today, OK Hotel is a stylish, apartment-boutique restored to pay homage to its colorful heritage.

Grunge will live on through the artists, fans, and especially, these places, which helped shape its history. Go visit these places to experience the “Golden Days” of Seattle’s sound.

Previous Post
Franchisee Blunders to Avoid at All Costs
Next Post
3 Secrets to a Longer, Healthier Life